We were wine drinkers and wine lovers long before we decided to give grape growing and wine making a try.

For Ed, it started with a special bottle of wine one Thanksgiving: a 1979 Mouton Rothschild (incidentally, the critics consider this vintage very disappointing for Mouton!); for Sarah, it evolved as she grew up in a family in which drinking wine was part of every special occasion. 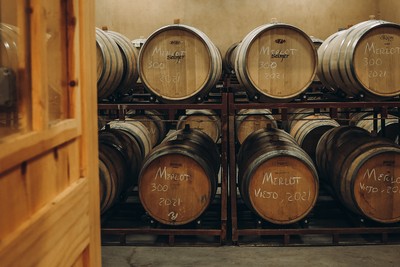 After years of simply appreciating wine, we began to wonder about the differences in the wines we were drinking. We were fascinated by the questions of why certain wines made foods taste better, while others seemed to overwhelm the drinker, why some wines revealed layers of subtlety and nuance, while others seemed to show all their stuff in the first sip, and what went into making wines of different styles and character.

The more we learned about what goes into making a bottle of wine, the more fascinating the whole process became to us. Perhaps it was after one taste-test too many that we decided we should try our hands at making the kinds we liked to drink right here in Maryland. 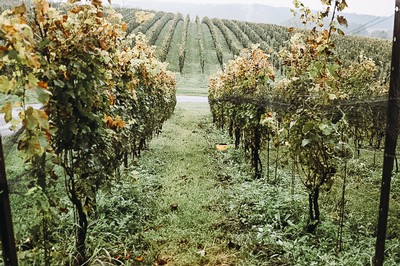 The New Vineyards Begin to be Well-Established

In late 2000 and early 2001 we got serious about exploring the possibility that world-class wines could be made close to home.  We started out by obsessively researching and reading every article that we could get our hands on about who was making wine, attending innumerable conferences and seminars, and inevitably making several tasting and study trips to the great wine regions of the world – not all bad duty, as it turned out.

In May of 2002, after over a year of driving the back roads of Maryland looking for perfect vineyard land, often with our young baby Sean in tow, we found and bought the farm on Black Ankle Road.  Suddenly our vague dream of starting a vineyard and winery got a lot closer to reality!  Grape growing and winemaking are not for the impatient, however, and there was a still a long road ahead before we could taste the first glass of our own wine.

In 2003 and 2004, we planted our first 22 acres of grapes and spent the next few years cultivating the vines, using this period to learn as much as possible about creating great wine. As time went on, we put that knowledge into practice in all aspects of our vineyard.

In 2006, we finally had our first harvest,  and it was with a combination of terror and glee that we set about making wine from our own grapes for the first time.  The 2006 wines rested in barrels until they were ready for bottling in early 2008.  It was definitely a thrill to see those first few bottles rolling off the bottling line!

We let the wines settle in bottle for a few months while we completed construction of our tasting room and opened for business in October 2008. 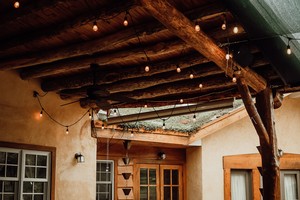 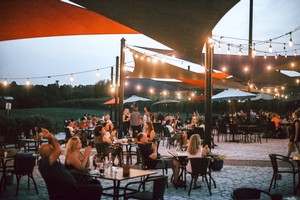 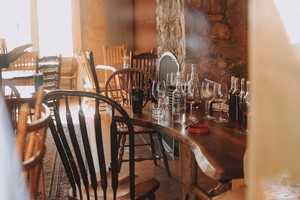 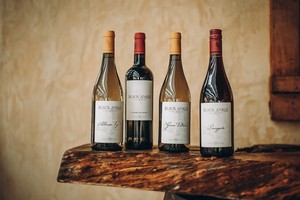